Yesterday I got involved in a slightly disturbing argument on facebook prompted by a rather misleading image that’s been doing the rounds. I assume it’s a response to the Dear Religion image on the left which I found kind of amusing but does imply that all religious people are anti science. Personally I’ve met some religious people who are quite open minded in other ways so, it seems to me, they’re not all hopeless creationists. 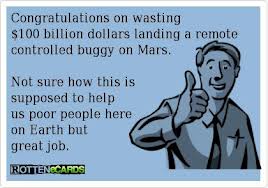 The image that started the argument was this one that claims the rover which just landed on Mars cost $100billion – a number that can be refuted with a simple google search which hardly qualifies as in depth research. An article on Space News about the Mars Science Lab  cites the cradle to grave cost of the mission as $2.5 billion or, to put it another way, this image claims the mission is costing some 40 times more than it actually does.

What angers and appalls me most about this particular image and the resulting discussion isn’t so much the lack of accuracy as the wilful ignorance and lack of perspective that goes into creating and sharing this kind of misinformation. I was asked if I thought it would have been kinder to spend that money on sick, hungry and deprived people which led me to do a little research.

According to the fast food global industry guide the global market for fast food was worth $252.9 billion in 2011, or some hundred times the cost of the Mars Science Lab. Even worse, that figure is for a single year and the mars mission is amortised over 8 years so it’s more like 800 times the cost. I have no idea how to begin placing a value on the benefits that the space program brings to society or the horrible costs the fast food industry brings to the table in terms of health problems and environmental damage.

I also took a look at some figures for purchasing power parity gross domestic product of the 10 largest economies of the world and plugged a few figures into a spreadsheet to try and put the numbers into some sort of perspective. Averaging out the numbers shows that Curiosity cost the population of the 10 largest economies approximately $0.70 per person and apparently the fast food industry takes around $70 per person per year.

Here’s the spreadsheet – play with the numbers, form your own conclusion. I’m just going to finish off with another amusing image. 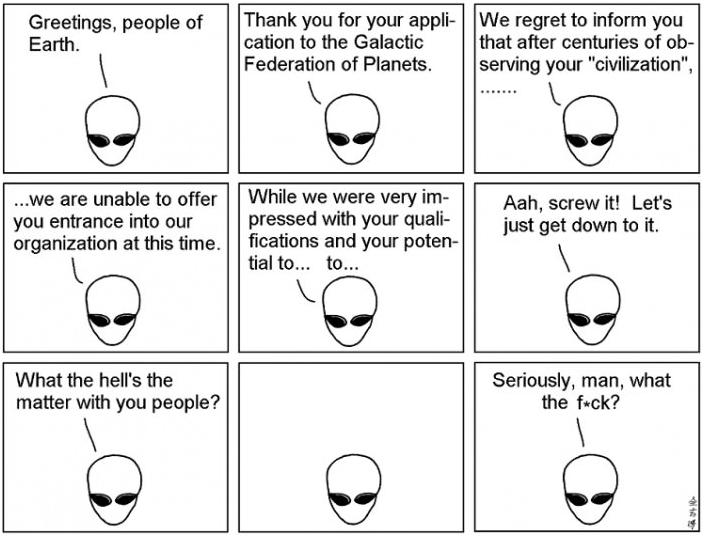